Yung6ix is set to undergo surgery worth 17 million naira 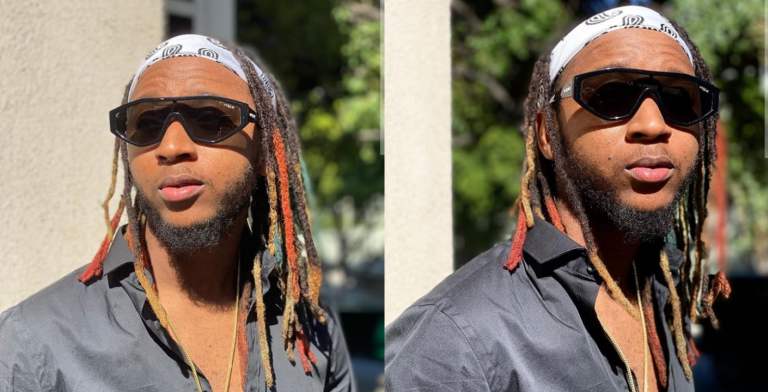 Yung6ix, just revealed that he will be having a surgery that will cost him almost 17 million naira.

The self acclaimed king of the South made this known in an early morning tweet he posted on Tuesday, May 19, 2020 via his official Twitter page. 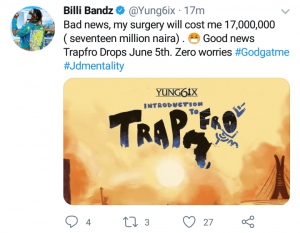 In his tweet flooded his followers’ timeline, a worried fan demanded to know why he’ll be raising such an outrageous sum for surgery, stressing that the singer has been looking healthy lately. 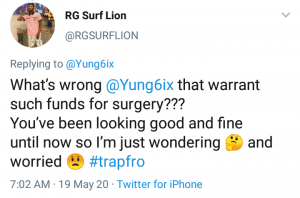