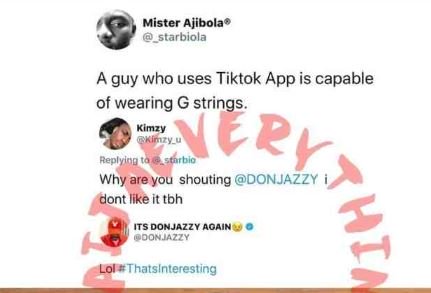 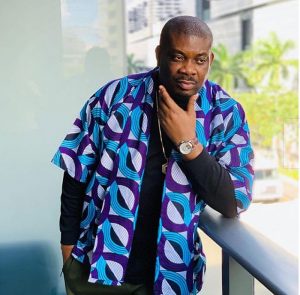 Popular music producer, Don Jazzy has reacted to a tweet which made mockery of men, who use trending social media app, TikTok.

A Twitter user, identified as Ajiboye had taken to the micro blogging site to claim that men, who use the app, wear ‘G-strings’.

“A guy who uses Tiktok app is capable of wearing G-strings”.

The music producer caught wind of tweet after Nigerians brought it to his attention by tagging him.

See the tweets below: 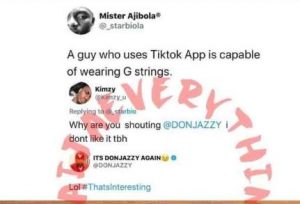