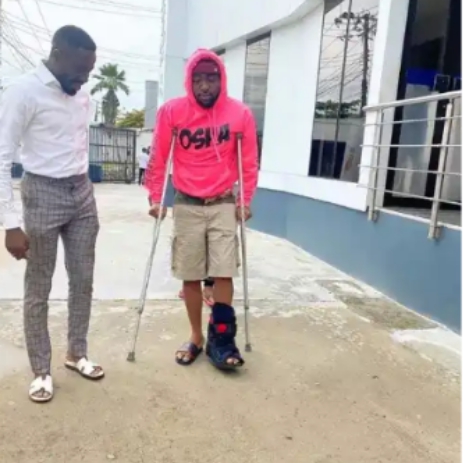 Many things have been going on the internet lately, Popular Nigerian singer and record label Boss, David Adeleke, popularly known by his stage name Davido, was seen on photos with clutches However his manager Tweeted that the singer davido started the new month on the wrong foot after he reportedly sustained an injury in one leg. few hours later the singer tweeted ” I have put people before me, I think it’s time to actually live my life and take care of myself, I have changed my number, I needed some cleansing too, love you all” It’s was seen that the singer unfollowed Peruzzi and wizkid on Instagram due to some unknown reason. 1. Davido trying to sleep after unfollowing Peruzzi but he remembers no one would write his album for him. 3. Because Wizkid ignore Davido when he was trying to use him for clout between him and Burna boy beef he had to unfollow him on Instagram. The only thing that is paining me right now is that wizkid won’t even care he will be in one restaurant in London ordering Amala and Ewedu right now. Was Davido right for unfollowing Peruzzi and Wizkid? Share your opinion below