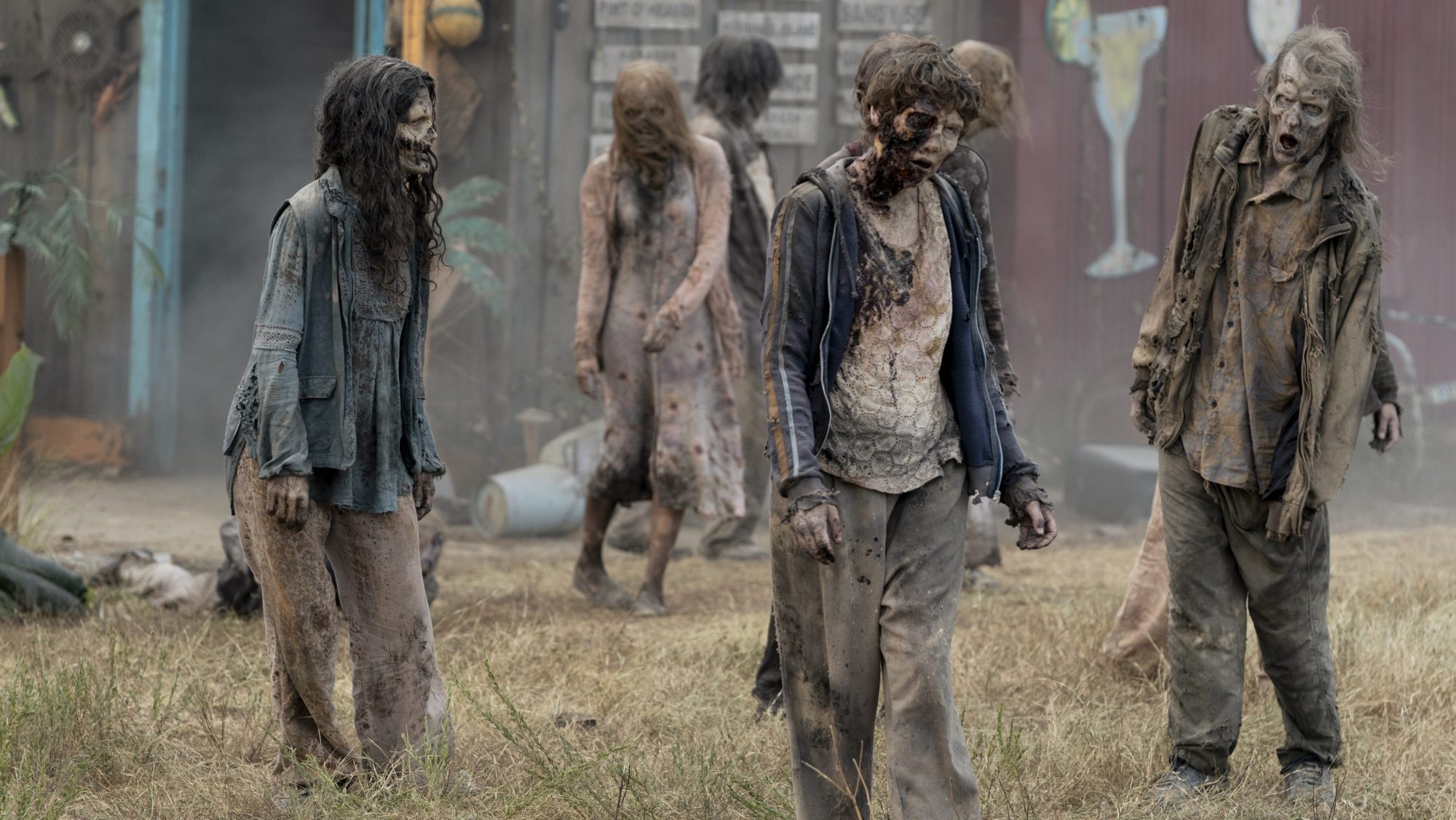 For Life, an American legal drama television series created by Hank Steinberg, premiered on ABC on February 11, 2020. The series is loosely based on the true story of Isaac Wright Jr., who was imprisoned for a crime that he did not commit. While incarcerated, he became a licensed attorney and helped to overturn the wrongful convictions of twenty of his fellow inmates, before finally proving his own innocence.

A film Produced by Van Diesel After he and his wife are murdered, marine Ray Garrison is resurrected by a team of scientists. Enhanced with nanotechnology, he becomes a superhuman, biotech killing machine – Bloodshot. As Ray first trains with fellow super-soldiers, he cannot recall anything from his former life. But when his memories flood back and he remembers the man that killed both him and his wife, he breaks out of the facility to get revenge, only to discover that there’s more to the conspiracy than he thought.Initial release: 21 February 2020.

A wounded Alicia tries to get help but is shunned by everyone in the community. When a fellow police officer arrives, Alicia realizes they are working with Terry, forcing her to hide out in the store of Milo Jackson

During the police raid on Darius’ place, West gives the body camera to Milo so that he can sneak into the police station and upload the footage, while she stays and tries to outrun Malone who is trying to kill her.

Knightfall recounts the success, fall, persecution, and suppression of the Knights Templar, as orchestrated by King Philip IV of France on October 13, 1307. The series focuses on the fictional Templar leader Landry du Lauzon, a brave warrior discouraged by the Templars’ failures in the Holy Land who is reinvigorated by news that the Holy Grail has resurfaced.

Four years after witnessing the horrors of a brutal regime in the Central Asian nation of Turgistan, an unnamed American billionaire and philanthropist, who made his fortunes from inventing neodymium magnets, fakes his own death to form an anonymous vigilante squad to take down criminals and terrorists that governments will not touch. Now known as “One”, he recruits five other people to abandon their pasts and join his cause as “ghosts”: Two, a spy; Three, a hitman; Four, a parkour runner and thief; Five, a doctor; and Six, a driver.

On their first mission in Florence, Italy, the team kills the lawyer of Turgistan’s four generals before they are chased across the city by the Mafia and the police. Six is killed just as they manage to get away. Days later, One recruits Blaine, a former Delta Force sniper suffering from survivor’s guilt over his inability to save his team due to orders in Afghanistan, and renames him “Seven”. One plans a mission to stage a coup d’état to topple the government of Turgistan dictator Rovach Alimov and install his imprisoned brother Murat as the country’s new leader during the Day of the Dead. It is revealed that Two had reluctantly captured Murat and handed him back to Rovach before becoming a Ghost.

The team assassinates Rovach’s generals in Las Vegas and successfully extracts Murat from Hong Kong, but Four is nearly killed until Seven intervenes despite protests from One. Following an argument between One and Seven about One’s willingness to leave people behind, the Ghosts break their code of anonymity and reveal each other’s names. In Turgistan, One sets his plan in motion by hacking the state-run television station during Rovach’s address to give Murat a voice to the people. Murat’s impromptu speech inspires the citizens to revolt while strategic explosions in the city force Rovach to evacuate to his private yacht and Murat occupies the palace. The Ghosts storm through the yacht and One activates a magnetic pulse to incapacitate the guards. When the yacht is immobilized in the middle of the ocean, One decides to save Four from a henchman instead of capturing Rovach. Rovach flees by helicopter, only to discover it to be commandeered by Murat and the Ghosts, who drop him near the border to feed him to the refugees that fled his regime.

In the aftermath of the revolution, Murat becomes Turgistan’s new president and the ghosts part ways until they are once again needed. Two and Three begin a relationship, as well as Four and Five, and One travels to New York City and sees his son, whom he will pass his fortunes to should he die in the next mission.

Isabel Aretas, widow of cartel kingpin Benito, escapes from a Mexican prison with the aid of her son Armando. Isabel sends Armando to Miami, tasking him with recovering a substantial stash of money his father Benito had hidden, as well as assassinating the people responsible for his father’s arrest and eventual death in prison. Isabel demands that Armando kill Miami detective Mike Lowrey last.

In Miami, Mike accompanies his partner Marcus Burnett to the birth of his first grandson. Desiring to spend more time with his family, the aging Marcus tells Mike he intends to retire, to Mike’s chagrin. During a party celebrating Marcus’ grandson, Mike is shot by Armando and left in a coma for months. Chastised by Isabel for targeting Mike first, Armando continues to assassinate other targets on his list during Mike’s convalescence.

Following Mike’s recovery, he is determined to seek revenge and unsuccessfully attempts to recruit the now-retired Marcus, causing a fall out between them. Mike violently obtains the identity of arms dealer Booker Grassie from an informant. Realizing that Mike will not heed orders to stay away from the investigation, Captain Howard reluctantly allows him to work with the tech-driven team in charge, the Advanced Miami Metro Operations (AMMO), led by Mike’s ex-girlfriend Rita. While the team surveils Grassie at an arms deal, Mike determines that the buyers intend to kill Grassie and intervenes, but fails to save him. Later, Marcus is called by Carver Remy, an old informant who believes the assassin is after him. Marcus contacts Mike and the pair travel to Carver, but are too late to save him. Armando escapes after a fistfight with Mike.

In 1964, following the death of his wife, Ip Man discovers he has throat cancer due to smoking. After his rebellious son Ip Ching fights back against a bully and is expelled, Ip decides to travel to San Francisco to look for a school. His student, Bruce Lee, has upset the local martial arts community in San Francisco by opening a Wing Chun school, teaching the Americans martial arts and writing an English language book on martial arts.He discovers from an associate and his friend, Liang Gen, that a referral letter from the Chinese Consolidated Benevolent Association is needed to enroll into a school. Wan, the president of the Association, refuses to write the letter as Ip does not agree with the grandmasters’ opinions on Lee’s actions. After a brief fight with Wan, he leaves.

While leaving the school after a meeting with the principal, he chances upon the daughter of Wan, Yonah, being bullied by a rival cheerleader, Becky, and her friends. Ip saves her and escorts her home, with Becky accidentally cutting herself with a pair of scissors. Wan accuses Ip of using his daughter to get the letter and challenges him to a fight for it. The fight is disrupted by an earthquake, and Wan tells Ip they will finish their fight at the upcoming Mid-Autumn Festival. Ip refuses, explaining that he merely escorted his daughter home for her safety and leaves.

Narcos: Mexico explores the origin of the modern war on drugs, beginning at the time when Mexican traffickers were a loose and disorganized confederation of small-time independent cannabis growers and dealers. The series dramatizes the rise of the Guadalajara Cartel in the 1980s as Félix Gallardo (Diego Luna) unifies the traffickers in order to build an empire. DEA agent Kiki Camarena (Michael Peña) moves his wife and young son from California to Guadalajara to take on a new post, and he quickly learns that his assignment will be more challenging than he ever could have imagined.

The Last Ship is an American action-drama television series After a global viral pandemic wipes out over 80% of the world’s population, the crew (consisting of 218 people) of a lone unaffected U.S. NavyArleigh Burke-classguided missile destroyer, the fictional USS Nathan James (DDG-151), must try to find a cure, stop the virus, and save humanity.

The Walking Dead is an American post-apocalyptichorrortelevision series for AMC based on the comic book series by Robert Kirkman, Tony Moore, and Charlie Adlard. The series features a large ensemble cast as survivors of a zombie apocalypse, trying to stay alive under near-constant threat of attacks from the mindless zombies, colloquially known as “walkers”. However, with the fall of humanity, these survivors also face conflict from other living survivors who have formed groups and communities with their own sets of laws and morals, often leading to hostile conflict between the human communities.