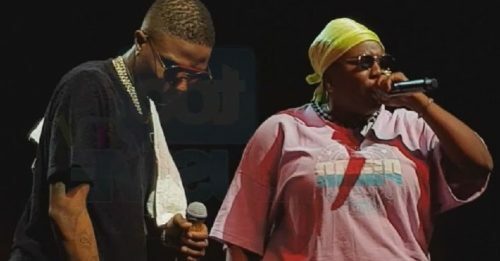 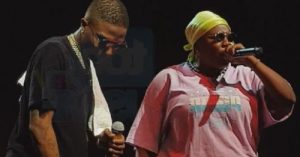 Sensational singer, Teni Apata has shared an interesting detail about her “romance” with Wizkid and how he inspired her music.

The romance between Teni and Wizkid is not new to fans. On numerous occasions, the singers have openly declared love for each other on social media and fans have been unable to discern whether they are for real or not. Her latest post on Twitter has once again thrown fans into confusion about their relationship.

In a now-deleted tweet, Teni revealed that the “Joro” singer has always been an inspiration to her music. She added that he motivated her to record her massive hit “Uyo Meyo” back in 2018. She then playfully added that the singer is the owner of her breasts. “Wizkid has always been an inspiration to my music!!! He motivated me to record a massive hit like “Uyo Meyo”. That man is the real owner orf my breasts.” 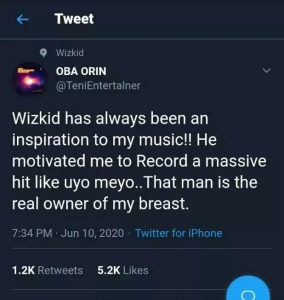