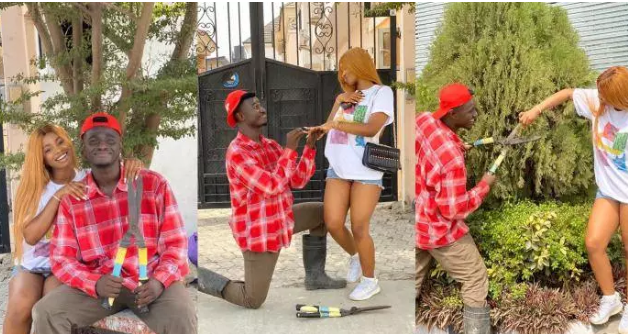 Priscilla Ojo, the daughter popular Nollywood actress, Iyabo Ojo, shared a post via Instagram in which she asked her fans if she should accept a gardner‘s marriage proposal.Priscilla Ojo and Nastyblaq

The brand influencer shared some new photos from a recent comedy shoot she had with Instagram comedy skit maker, Nastyblaq.

In one of the photo,s the comedy skit maker, could be seen kneeling as he held up a ring to Ojo, who could be seen blushing while stretching her finger.

The comedy video is set to drop on Tuesday by 9 a.m.