Nobody Can Tell Me Who To Select- Super Eagles Gernot Rohr 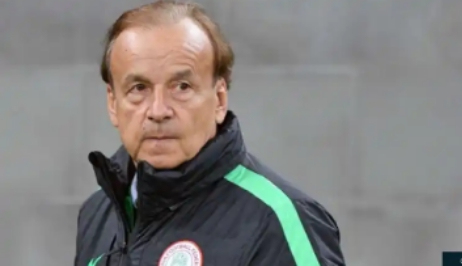 Nigeria coach Gernot Rohr has stated he has a free hand to select his players, insisting nobody can dictate to him on who to pick for national duty.

Last week, the 66-year-old was handed a new two-year contract by the Nigeria Football Federation (NFF), following the expiration of his previous deal with the West Africans.

In March, Nosa Igiebor claimed he was shut out of the Super Eagles because he was not playing in a top league while the Franco-German tactician has also been accused of not introducing more Nigeria Professional Football League (NPFL) players into the national team.

Rohr, however, revealed he selects players in consultation with his assistants which is strictly based on merit, explaining the best will always have a chance for the Super Eagles.

“It is not a part of my contract to take players who are not so good. I can choose my players myself. It is the most important [thing]. So, nobody can tell me ‘You have to pick this one or that one,” Rohr told Channels TV.

“I can take the best players and I don’t do it alone. We have a team and our staff. I have my assistant, I have my analyzer.

“Each Monday we have our meetings and we speak about the games played at the weekend and what our players did. We have to take the best ones no matter where they are coming from.”