HISTORY: Here Are Five Great African Cities That Were Destroyed By European Invasion 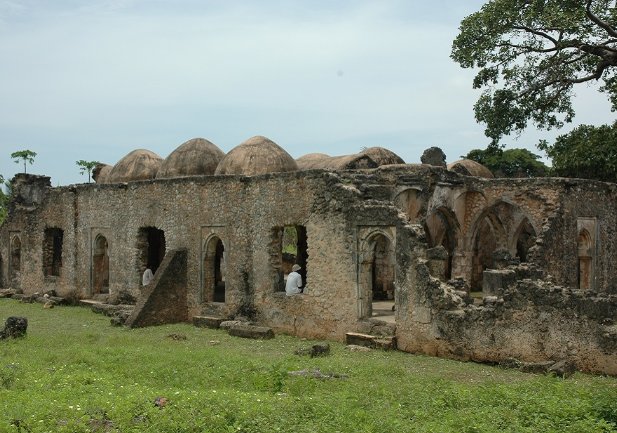 Time and time again, archaeological findings have proven that Ancient African civilizations were well ahead of their time. Even though ancient Egypt has often been the main reference point when interpreting the past and experience of Africa, there were other kingdoms that sprang up to become equally powerful empires.

African history and civilizations did not only feature well-established towns or cities but also advanced systems of governance and trade. The following cities, which were created largely because of trade, cultural exchange or transit for traders and pilgrims, were thriving until they were destroyed by European imperialists.

Originally known as Edo, Benin City was once the capital of Benin kingdom, a pre-colonial African empire located in what is now southern Nigeria. The kingdom of Benin, dating back to the 11th century, was one of the most highly developed states in Africa with a relatively well-recognized and refined African political system that was in operation before the arrival of European colonialists.

In 1897, however, Benin City was ransacked and burnt down by British forces under Admiral Harry Rawson, destroying more than a thousand years of Benin history and one of the earliest evidence of African civilization. The British took away various works of art including Ivory and bronze works before burning down the ancient city. Today, most of these works of art are held in prominent museums, including the Metropolitan Museum of Art and the British Museum.

An island located off the coast of East Africa in modern-day southern Tanzania, Kilwa flourished as a

n independent city-state from the 12th to 15th century CE as it had full control of the gold coming in from neighboring Zimbabwe Empire, making it very wealthy.

Kilwa boasted of fine stone buildings, a huge palace complex and wooden doors that demonstrated the advancement and sophistication in its architecture. Its many forts, mosques, and trading centers were vastly admired by Arab merchants and Portuguese traders. One of the most beautiful and well-constructed cities in the world, Kilwa was burnt down by Portuguese forces in 1505. In recent times, the Great Mosque and Palace at Husuni Kubwa are a few of the ruins that remain in somewhat good shape.

e 10th century to the 20th century. Between the 15th and 19th centuries, the Asantes boasted of wealth, dominance over trade and lands, as well as, strong warriors who fought to protect their kingdom from both local and foreign threats.

By the early 19th century, the British had established themselves well in the Gold Coast and had taken control over the coastal areas winning the trust of the Fantis who had become allies. Despite having control over a great part of the Gold Coast, the British needed to defeat the Asantes to weaken their dominance and eventually take over the entire colony. This, among other factors, would result in over 100 years of battle between the British and the Asantes which is today known as the Anglo-Ashanti wars. In the Third Anglo-Ashanti War of 1874, parts of Kumasi were destroyed by British troops until 1926 when the Asantes regained ceremonial control over Kumasi. By 1935, they had full control.

built cities and craftsmanship of materials such as damasks, sarsenet, satin, taffeta, cloth of tissue and velvet. Then a booming trading center, copper and cloth were one of its largest exports until the city was ruined by European treasure hunters, pseudo-missionaries and others who took advantage of the resources within the city.

Zimbabwe along the Zambezi River. Sometimes described as an empire, Mutapa flourished between the mid-15th and mid-17th century CE thanks to its gold and ivory and powerful trade with Muslim merchants on the coast of East Africa and the Portuguese in the 16th century CE. The Portuguese, who were already dominating much of southern Africa at the time, decided to invade Mutapa to take over their wealth and powerful trade route. They finally made it to Mutapa by 1560 through evangelism, which soon led to a catastrophe. In the 1570s, Portuguese forces invaded the city and destroyed it.