Home » 6 Nigerian Artists With Over 100 Million Views on YouTube 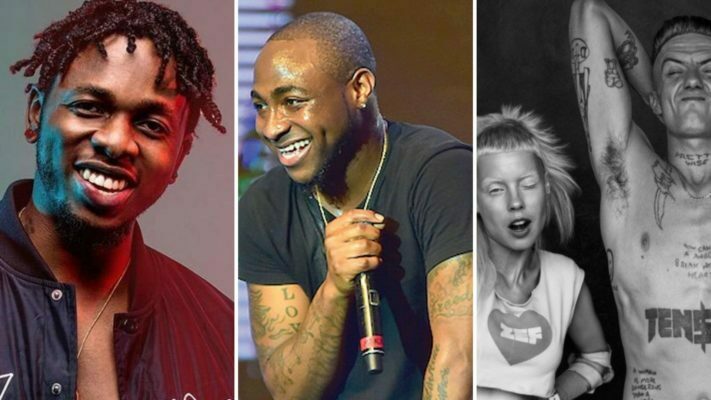 Attaining the pinnacle of success demands extra work, putting the right pegs on the right holes, and ticking the needful boxes.

To become a success within the entertainment industry demands time and effort as the competition becomes stiffer as the day goes by. Music is a formidable aspect of the industry that has to do with the production of valuable content for social and economical use.

Entertainment content has to be of high moral and the intellectual standard for proper dissemination of user intent.

To become a success in the music industry you have to put the above formation of content into good practice for user intent & behavior within the society at large. Although the music industry is made up of hype and social affluence.

The majority of Nigerian artists are focusing more on the social aspect alone on how to enlarge their fan base, unhealthy competition without the thought of offering something tangible to the growth of the industry.

While some produced visual content for production’s sake without bearing in mind the quality and its acceptability by fans.

But however, quality video production goes with a lot of money just like the way a delicious meal demands money.

As an upcoming artist or producer, recording sound alone without a corresponding visual effect is like leaving some boxes to untick. Because most time effective music video display can send the much-needed information to viewers and listeners.

While Some produce classical sounds that worth repeating on the playlist but a low quality or bad video ruins it.

However, we can only get to know artists’ visuals success by the level of marketing or viewers’ reaction towards it. i.e the rate at which the visual gets engagement.

Relying on a trusted and generally acceptable visual platform such as YouTube can definitely tell the performance of a song video.

YouTube remains the number one visual platform as it provides real-time data like people’s engagement and views. So let get it right away to know the Nigerian artists with good visual success.

We have 6 Nigerian Artists with over 100 Million Views and the most viewed Nigerian music video on YouTube.

Meanwhile, the concluding part of this article will also provide you with an insight of artists close to joining the 100 Million YouTube views anytime soon.

Nigerian Afro-pop singer and songwriter, Davido set up a new record with his hit trackback in 2017 global anthem “Fall” which currently pulling 159 million streams on YouTube.

The hit track racked up over 100 million views within 12 months and setting the bar as the most viewed Nigerian music video in 2018.

If you could remember vividly, “Fall” went global and even gained recognition from a superstar like Christiano Ronaldo.

Davido who boasts of this tally as the first Nigerian artist with this number has the highest Youtube streaming subscribers of 208 million.

Meanwhile, the star singer was the first Nigerian artist to get over 100 million views on the streaming platform. Attained following his songs got featured on Google’s top searched Nigerian songs in 2018.

Note: Davido made the list of million views gang with two songs i.e “Fall” and “If”.

On the second spot of most viewed Nigerian songs on YouTube is “Johnny” by Yemi Alade with over 113 million views.

Meanwhile, the song holds the record of the highest viewed female Nigerian music video on stream.

The video was released back in 2014 following the hit single audio under the supervision of Clarence Peters.

Though, Clarance Peters is dubbed as one of the industry’s best cinematographer.

She currently boasts 121 million subscribers on the platform.

Sinach is a leading gospel artist born in Ebonyi State and holds the record of the most viewed gospel song on YouTube.

She has been propelled to such high numbers of digital streams through other hit songs like “Way Maker”, “I Know Who I Am”. While she currently boasts 1.12 million subscribers.

The songs accompanied by a good visual effect propelled the star singer alongside other top hosts whose music video reaches the 100 million views mark on YouTube.

Pana was an instant hit single back in 2016 which short him to glory, while the song continues to bring him more fortune.

RUNTOWN – “Mad Over You” with 101 million views

Douglas Jack Agu well known as Runtown is a Nigerian talented singer born in Enugu State. He rose to prominence back in 2016 with a hit “Mad Over You”.

The song has landed him alongside Davido, Yemi Alade, Sinach, and Tekno on the list of most-viewed YouTube Nigerian songs.

Without a doubt, Mad Over You still remains a blistering love ode song capable of igniting the passion to fall into good romance.

Meanwhile, the visual continues to pileup views for the Enugu State Man.

He rose to prominence back in 2012 after the release of “Like to Party”.

Self-acclaimed Africa Giant, Oluwa Burna will live to be remembered for the hit track “Anybody”. But got featured on Nigerian artists with over 100 million views on YouTube with the song “On The Low”.

On The Low is a very popular song of Burna boy collection as it most common among the female folks for tweaking dance moves.

However, the song is still pulling more views capable of surpassing some of the above listed.

Conclusion:We humbly believe you now know the host of Nigerian artist who has racked up over 100 million Youtube views and most viewed Nigerian music video on YouTube while still counting on the number one streaming platform.
However, let quickly see some who are likely to attain 100 million views soon. Here we have P-Square and Korede Bello.

P-Square, the defunct music sensation duo are likely to hit the marker of 100 Million YouTube views very soon as they currently trade on 96 million views with the 2013 hit song “Personally”.

The next is Korede Bello with the song “Do Like That” with 92 million views. And if such height should be attained it will definitely be great feet for him.